Thing is, Digikam is mainly targeted at Linux distributions; and I’m currently not using a Linux based OS (bad, bad, bad…); so I could follow along the official instructions, such as :

Since there exists a pkg installer for Mac OS X, you could stop there. But for those Linux UI apps that don’t have a Mac OS X build, read on; as another option would be to use Docker to run Digikam.

Using Docker and the Guacamole based (clientless rdp and vnc) image : aptalca/docker-digikam

This image can be found on Dockerhub, and can be started with the following command line :

Make sure it is started : 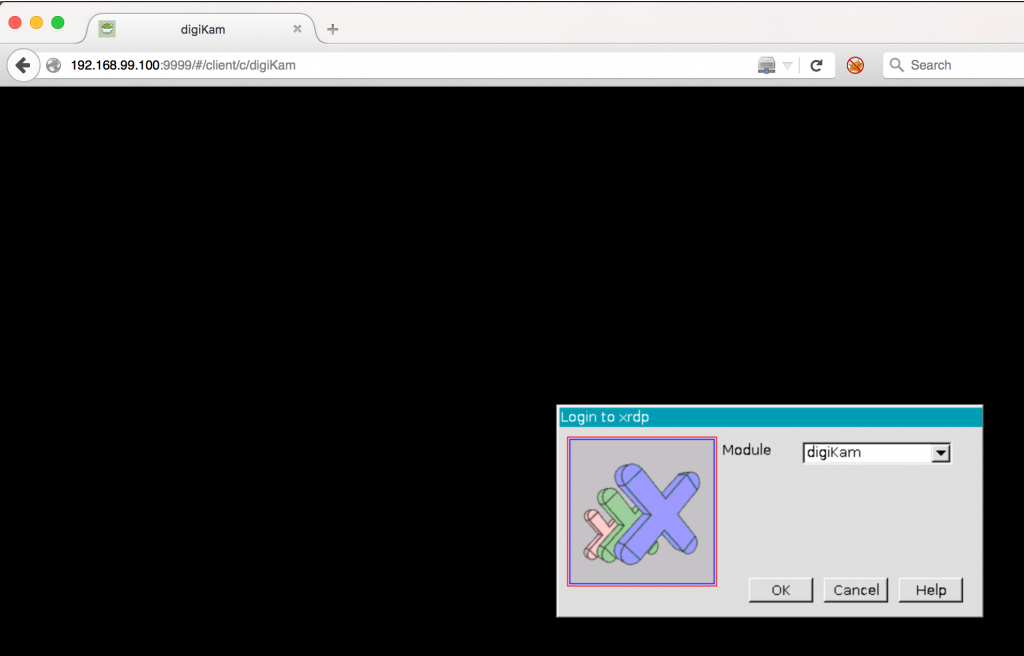 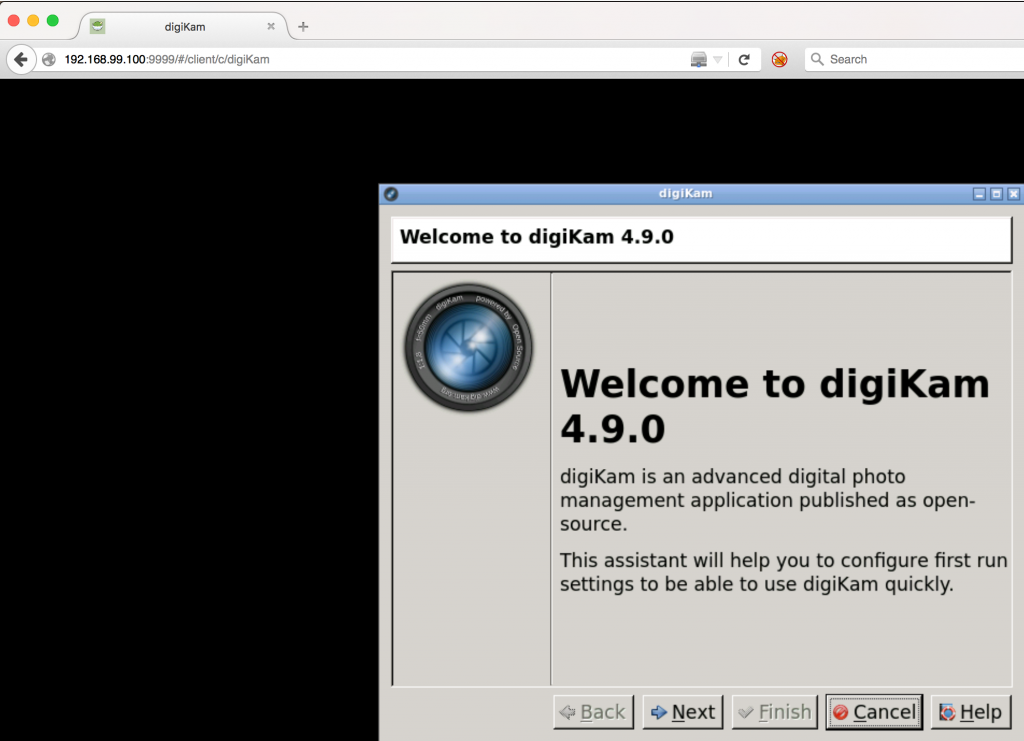 It’s very easy to get started, thanks to the embedded html5 XRDP / VNC client in your browser, but unfortunately, the window can’t be resized dynamically, and since Digikam is run as a non root user (nobody), I had to chmod my ~/Pictures folder to 777, and even with that it never loaded my pictures (probably because of read/write access); so I gave this solution up and tried something more interesting…

This solution is a bit more complicated, but leads to better results, because it is going to connect your Digikam Docker container to your Mac X11 server.

Most of the steps to get it working are coming from this github thread where Slobodan Mišković describes how to wire your X11 sock to a socket, so that your X11 display can be accessible from a container – also, have a look at this article from Jessie Frazelle about running graphical app with Docker

Now, to make this solution work, you need some prerequisites :

if not, try rebooting (!) your mac, or at least re open your session.

and try starting a graphical linux app, such as one from Jessie Frazelle :

Now on to digikam ! Let’s try using this Digikam Docker Image from Silvano Cirujano Cuesta ; since we are running it on a Mac using X11 on a socket, we need to adapt a little bit the instructions : 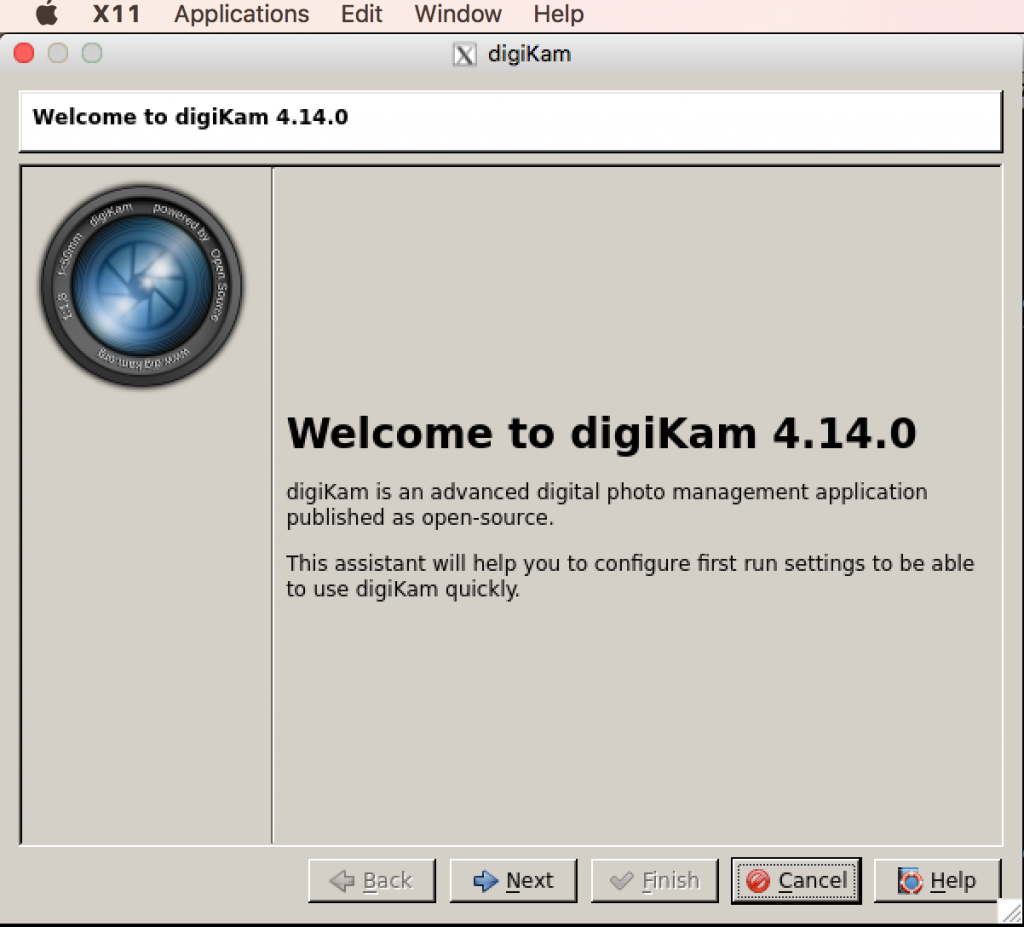